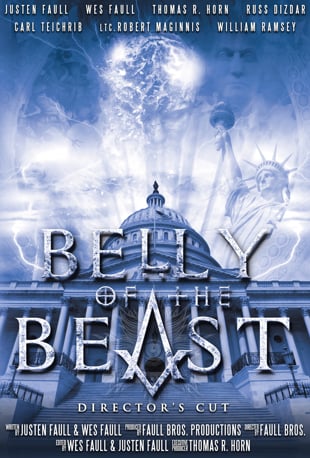 Is the United States of America, by design, set to fulfill an ancient, esoteric prophecy, charted by mystics of ages past? Does Washington, DC hold the encoded secrets of the greatest conspiracy of all time?

For thousands of years, mystery religions and diverse occultists have shrouded prophecies of a great continent of the Western Hemisphere that would become the catalyst of a final kingdom. This globally sovereign empire is poised to lead the entire world into a golden age of spiritual enlightenment, posturing itself as a true Utopia while it ushers in a revival of ancient magick rites, as well as a return to the worship of old gods and goddesses.

Tin this groundbreaking, action-packed documentary, Belly of the Beast, you will learn for the first time:

-Where and why an UNDERGROUND obelisk awaits nearby

-What frightening future lurks behind globalism and the NWO

-And, for the first time EVER, the US government-owned location where the Antichrist will, in the main ritual of the ages, be resurrected on American soil!

Join us for a chilling adventure, unlike anything you ve experienced before, as we embark on first-ever revelations, the unveiling of America s Secret Destiny, and the Coming of the Antichrist!

Description done by: Amazon.com where you can also buy the DVD.

Buy it and watch it anywhere at Vemeo