Christian Americans should again stop taking everything for face value, especially the things told to us by the press. It is time for us to start getting smart and stop letting the TV and other idols get in the way between God and us. If we were to start looking at TV and other such amusement as what it really is, some if not all of you, would agree that it is from this World (Satan) and is one of the biggest reasons why Christians don’t study their Bibles like they should.

The truth, is being muffled so that the general public either doesn't see it at all or because of the so-called "Fake News" can't realize that it is the truth. This is all a part of psychological operations targeted at producing an information war where disinformation, misinformation, and censorship has make it very difficult to read between the lines. Especially for those who are used to trusting the mainstream media and government systems, and tend not to question anything.

This documentary was made by researcher and author Janet Ossebaard from the Netherlands with the help of countless 'Anons' from around the world: "It contains thousands of hours of research. I urge you to accept nothing but the truth. 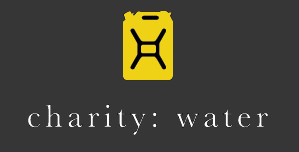